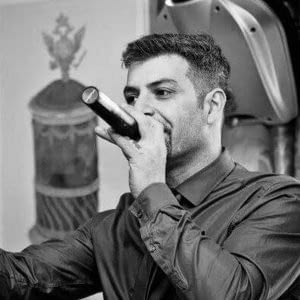 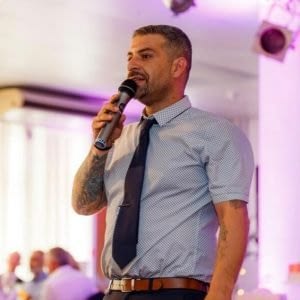 DJ Edge is an Open Format Private Event DJ & Master Of Ceremonies & also a Club & Festival Standard DJ. He has been a DJ since 1992 from the age of 13 & found himself heavily involved in the Underground Music Scene from a young age.

Soon he was DJing on highly notable London radio stations such as Kool FM, Dream FM, Passion FM & DeJaVu FM plus many more. Over his illustrious career, Edge has DJ’d at some of the largest & most Exclusive Clubs & Venues in the UK & worldwide.

The genres that Edge specialises in are the early 80s/90s rave & house classics, old skool hardcore, jungle, DnB, old skool UK garage, all genres of house, old skool & new grime, current urban, RnB, bashment, reggae, current chart, soul & disco and funk. Edge can play music from any era, from the 1950s to what is in the charts right now. Edge is a master at forming a relationship with his target crowd.

In 1999 Edge wrote & produced a HUGELY popular UK garage track under the name F.U.N (Future Underground Nation), The track title is: It’s The Way ’99. This particular track has played an instrumental part in the UK club scene for 20 years and has given Edge many platforms as a DJ to not only work as a private event & exclusive wedding DJ but also as a club & festival DJ.

Edge has spent the past 2 decades touring the UK & International events with his DJ Sets & Live performances of his track Its The Way to destinations such as France, Holland, Northern Cyprus, Turkey, Ayia Napa, Ibiza, Greece, Spain & Italy.

Edge’s hard work & unique personalised services have made him thrive in the DJ Industry with some amazing Weddings, Private Events & Highly notable Corporate Engagements to his name. He can host the entire day from the start of your arrival, make all announcements, All grand introductions, from speeches to Cake cutting to your very special First dance whilst adding fun & laughter throughout the day.