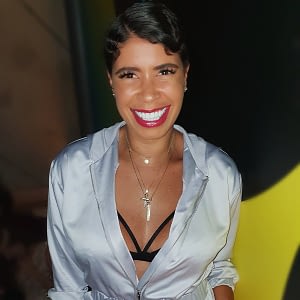 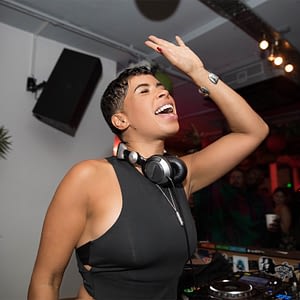 Melody has gained a solid reputation amongst her peers within the music industry as being one of the most professional, talented and focused female DJs in the UK.

She is an on-air personality and mix show DJ for BBC Radio 1Xtra, and can be seen performing at all major clubs and festivals across the UK and abroad. She is an established presenter and host for various live events, award ceremonies and industry panel workshops.

Melody started DJing in her home town of Brighton, and after a couple of years earning a steady following on the club circuit, she was invited to join the city’s community radio station and this is where Melody got a taste of where she wanted to take her career, but she knew that also meant moving to the capital, so in 2010 Melody relocated to Brixton, South London.

After moving to London, Melody, upped her game both physically & mentally. She started to train hard, eat well and transform herself into a true force to be reckoned with.

Her passionate DJ performances became the talk of the city and soon she started to feature on both community and pirate stations, but had her heart set on the BBC, so when an opportunity came up to make a special guest mix, she jumped at the chance.

Today, Melody’s unique blend of presenting and live DJ abilities, have resulted in her being given regular shows on BBC Radio 1Xtra, as well as headline DJ sets at some of the world’s largest music

festivals including Glastonbury, Wireless, Reading & Leeds & Boardmasters. She has shared the stage with major International recording artists such as ASAP Rocky, Snoop Dogg & Nile Rogers as well as the biggest names in the UK. In 2018, Melody was invited to take part in her first Boiler Room event as part of the last man standing show.

Other than music, Melody dedicates her time to health and wellbeing. In 2017, Melody launched her fitness class in London, which is a mix of live DJing, fitness instructors and MCs. These unique fitness events have taken place throughout the UK, teaming up with mental health & wellbeing organizations to bring Melody’s infectious energy & positivity to as many people as possible.

So whether it’s her energetic live broadcasts or her awesome DJ sets, Melody never ceases to disappoint.