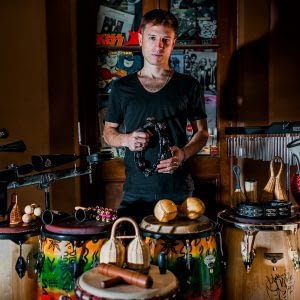 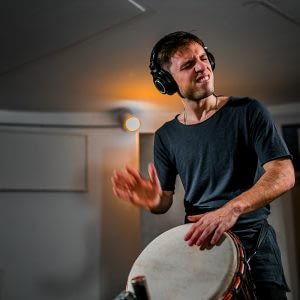 Having played in some of the best world’s festivals and venues such as Lollapalooza, Sònar Buenos Aires, Cosquín Rock, MUTEK and Electric Brixton among others, this Argentinean percussionist definitely knows how to party and make a good show. As Martin holds both an EU and Latin American passport, he is available to hire with ease for events across the world.

Martin Rizzola has been breathing music for more than 14 years, having played in festivals, clubs, parties and venues alongside DJs and bands of many different genres, from House Music to Reggaeton, Latin, Rock & Pop, Funk, Soul and so many others. With some of his project he has opened twice Wisin & Yandel’s show and has also opened the show of one of the best musician the UK has, Jacob Collier. He has also played in two different occasions alongside Snarky Puppy musicians.

Drummers Needed Near Me

His full set includes compact congas, bongó, darbuka, djembe and accessories, being able to deliver an extremely versatile set of timbers and sounds and adapt to any space, from huge stages to small places.

Besides being a great composer and improviser, Martin’s most important attribute is his enthusiastic attitude to enhance the crowd. He is definitely the right person to play percussion alongside DJs and bands of any genre.