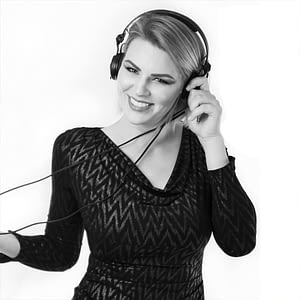 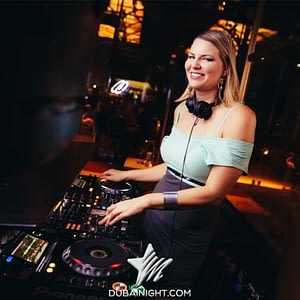 DJ Jabu is an open-format and house DJ based in the UAE for the past 6 years. Originally from Los Angeles, she studied classical music at McGill University in Montreal. After receiving her bachelor’s degree in double bass performance, she began DJing in the underground techno scene.

Now fully immersed in the Middle East’s music style, DJ Jabu has held residencies at many iconic and award-winning venues in the UAE. She also performs all over the GCC region at high-profile events such as the Bahrain Grand Prix and the Abu Dhabi Time Out Awards.

DJ Jabu has an innate ability to read a crowd and build a vibe for any party or event. She is comfortable playing house, hip-hop, dancehall, Arabic, Latin, pop, old-school/funk/disco, and commercial dance music.

In addition to being one of the most versatile DJs in Dubai, DJ Jabu is also a professional bassist and performs regularly with the NSO Symphony Orchestra in Abu Dhabi.