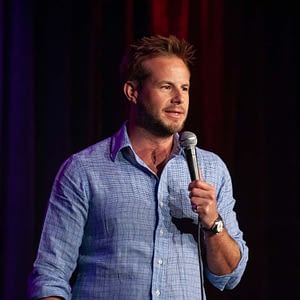 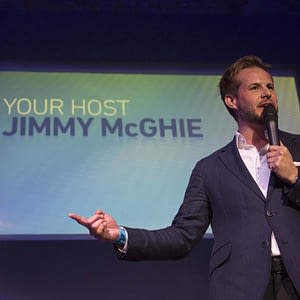 Jimmy was an Assistant Producer for the BBC’s Science and History Dept, having spent seven years working in factual television before he ran off to join the stand up comedy circus professionally in 2009. Since then he has performed stand up all over the world and appeared on numerous television and radio programmes including the BBC, Channel 4, Channel 5, Comedy Central, ABC Australia, THREE New Zealand, Absolute Radio and many more.

He is now a top circuit act in the UK, as well as a highly sought after corporate awards host and TV warm up artist. He regularly provides the studio warm up for BBC1’s Graham Norton Show, ITV’s Loose Women and Ch4’s Deal or No Deal.