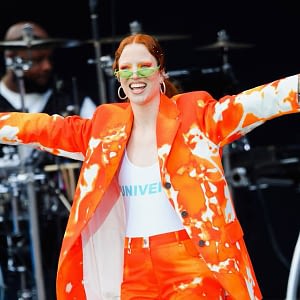 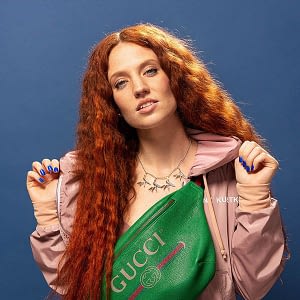 Jess Glynne was born and raised north of London, and ever since she was a child she had always seen her calling to be on stage.Throughout her life she was consistently involved in various singing and music courses in school and college. With this close connection to the music industry, she eventually found herself impressing Atlantic Records and scored herself a record deal.

From there, she began working with several high profile dance music producers. Glynne found great success working with Route 94 on My Love, a track with topped charts in U.K and Scotland. But Jess became a superstar when she collaborated with Clean Bandit for 2014’s Rather Be, which topped charts across the world and won a Grammy for Best Dance Recording.

Rather Be was an absolutely massive hit, and not before long Jess Glynne was in demand all over the world for headline shows, festival appearances and high profile collaborations. With 2 features on 2 massive songs under her belt, Jess then turned her attention onto releasing music under her own name. Glynne dropped Right Here with Gorgon City and Real Love, once again collaborating with Clean Bandit, which both hit the U.K top ten before the end of the year.

In 2015, Glynne occupied the Number 1 spot again when she collaborated with Tinie Tempah on Not Letting Go, as well as with her solo release Hold My Hand. After huge success on the singles chart, Glynne dropped her debut album I Cry When I Laugh to critical acclaim. In a similar fashion to her singles, her debut LP debuted at number 1 in the U.K albums chart. The album’s success led to a world tour of North America, Europe and England.

At the end of Jess Glynne’s world tour in late 2016, she relocated to Los Angeles to work on material for her new album. After several weeks writing, Glynne then retreated to the countryside to record her next album with a team of her closest collaborators. The lead single of the album, These Days, with Rudimental, Macklemore and Dan Caplen would be her 7th number 1 in the U.K singles chart. Glynne’s second album, Always in Between, was released in October 2018 and once again topped the U.K album charts.