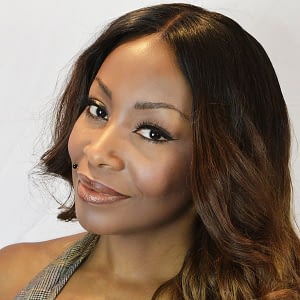 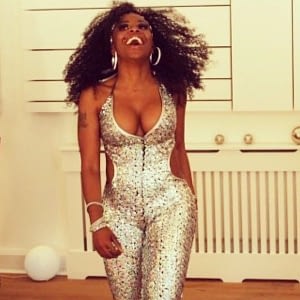 Kele le Roc was born Kelly Biggs in Mother’s hospital, Hackney, East London. Her Jamaican mother was a clothes designer and her England born father was a dancer and model. It was obvious from an early age that kelly had a penchant for all things musical. “My earliest memory” says Kele, “was when I was about 3 and I was watching a musical on the telly and the Nicholas brothers were tap dancing. I remember trying to copy them. From that day on my mother decided to send me to dance school.

Kele loved dancing and had dreams of performing in the West End and Broadway. Singing obviously went hand in hand with this, but at the age of 12 kele suffered a bad knee injury. This incident propelled Kele into focusing more intently on her singing.

Kele found a musical home with production team ‘Best Kept Secret’. It was the first time that Kele had worked with producers that she felt understood her musically and where she wanted to go with her sound. It was also where she would get the name Le Roc.

“My engineer Digital named me Le Roc. It was  after a Prince song called Rock Hard in a Funky Place, when I would sing he would say you rock hard… So when the time came for a stage name – Le Roc seemed quite apt. There was No Mr Biggs or Biggie Smalls yet so Kelly Biggs just didn’t sound right at the time.” – Kele

The sound that they would create together led to the white label release of underground hit “Let Me Know”, which would gain attention of several major labels. At the time, 16 year old Kele was continually on tour supporting US artists like Total, Horace Brown and Mona Lisa whilst studying performing arts at Epping Forest College. The 2 main contenders to sign Kele were First Ave and Sony Records in Chicago. Sony Records in London had referred her to their Chicago label as they felt that her American look and sound would be more suited to that market.

Kele decided not to go to Chicago and pressed on with her career in London with notorious music duo “First Ave.” Kele was signed to them in 1996 and Licensed to Polydor Records in 1997. Kele spent 3 months in Los Angeles co-writing and recording her first album “Everybody’s Somebody”. Working with the Likes of Rhett Lawrence, (Mariah,Monica Eternal) Harvey Mason Jr,(Brandy,Chante Moore, Aaron Hall) and Robbie Neville. Coolio and the great late Roger Troutman also featured on her first compilation.

“L.A was amazing, here I was a teenager from London driving around in a convertible mustang living in a hotel in Beverley Hills. I was hanging out with people like Bruce Willis, Busta Rhymes, Missy Elliot, Genuine and Hype Williams to name a few. I even met Rick James once at the traffic lights.” – Kele

Her first album was released in 1999 from which Ms Le Roc had 2 Top Ten singles and received an accolade of awards. Including 2 Mobo’s for best single “my love” and best newcomer. Sadly, she parted company with Polydor due to creative differences but still remained at First Ave where she would fight to leave for 3 years. Whilst First Ave had full belief in kele’s abilities it was realised that they didn’t know what direction to take her unique style in.

“London is very contrived. Especially for black music – if they can’t put you in a box and tick it they don’t know what to do with you. At that time I wanted to make American sounding R&B. But I’m also a big Prince fan and love his uniqueness so my style is a little quirky. First Ave didn’t get me but wouldn’t let me leave as they knew I was a star, so basically just left me on the shelf.” – Kele

“It’s ridiculous but a few people were up in arms about me singing different genres, as far as I’m concerned God gave me a voice to sing and he didn’t give me limitations. I’m a soul singer and love all types of music. Ironically enough the garage remix of My Love is my biggest hit to date and still regularly requested.” – Kele

When Kele finally managed to negotiate and buy herself out of her deal in 2002 she then had the challenging task of A&Ring her new album. She also decided to add a few more strings to her bow and branched out into presenting and acting. Kele’s skilful dance moves had a cult following on the Channel Four late night hit “Bustamove” and she has starred in MTV’s Dubplate drama and indie films such as Rewind and Dirty Money 2.

Kele is a residential showbiz presenter on INC TV and also lived her original dream of starring in musicals. Kele toured the world as a principal in Spirit produced smash “I Can’t Stop Loving You” about the life of Ray Charles. An entrepeneurial venture of Kele’s is that she runs and designs her own female club wear clothing line ‘Funkin Bytch’ and jewellery line ‘Glam Roc!’ Both available via mail order and in selected stores. These all seemed like natural progressions to Kele as she saw it as just doing things that she enjoys already on a daily basis.

In may 2008. Kele was selected amongst 8 other musically talented young individuals to go to Mali in West Africa to work on a music project called Routes to Roots. The project run by Biggafish was a unique platform to connect talented artists from England and Africa and to create an album, an educational book for schools and a documentary series to be screened on MTV. Such experiences have allowed Kele to grow in many ways.

Kele was once told you don’t have to live the lesson to learn it and whilst she appreciates that, she would not change a thing in her life – good or bad – as it all has taken her to where she is right now and to a place where she is extremely happy.

over the last few years, Kele has been back into the studio with the infamous Basement Jaxx and on tour. Also working with the house legend Roger Sanchez and Gorgon City.