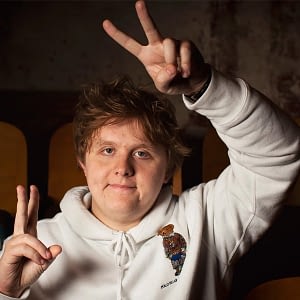 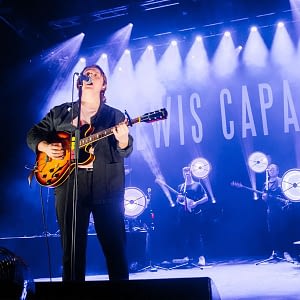 Lewis Capaldi seemingly came out of nowhere when he began his meteoric rise to superstardom in early 2017. His first single Bruises, a ballad lamenting over a failed relationship, kickstarted his career and began to grow his loyal fanbase. This single would set the tone for Capaldi’s music – his soulful voice, his raw lyrics accompanied by intimate piano.

Bruises was a huge success and Capaldi had soon become the fastest unsigned artist to ever reach 25 million streams on a song. The Scotsman then sold out King Tut, one of Glasgow’s most iconic venues.

After selling out venues and raking in tens of millions of streams, Capaldi signed with Virgin Records and included both previously released songs as part of his debut EP Bloom. In only one year, Capaldi had risen from obscurity to becoming an industry heavyweight with an incredibly loyal fanbase. His achievements were recognised at the end of the year when he was awardeed the Scottish Music Award for Breakthrough Artist of the Year.

After enjoying one of the most successful break-through years of any emerging artist ever, Capaldi’s fanbases outside of the British Isles began to grow in a similarly stratospheric manner. Lewis Capaldi spent the first half of 2018 performing to adoring fans across North America and Europe, and releasing 2 more hit singles Rush and Tough. These tracks were the lead singles for his second EP Breach, but it was track 3 Someone You Loved that became an international mega hit. As of 2021 it is has racked up over 1.8 billion streams on Spotify.

In 2019, The roaring success of his last EP set Capaldi on course to release his first album, titled Divinely Uninspired to a Hellish Extent. The album was a massive hit and 4 tracks in the album reached the U.K Top 10.

Awards for the album and Someone You Loved began to roll in towards the end of the year, with Capaldi receiving a Grammy nomination for best single. The Scot was also awarded two Brit awards for Song of the Year and Best New Artist.