This One Direction superstar is available for private events internationally. 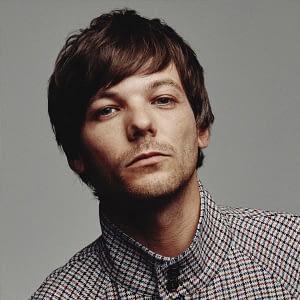 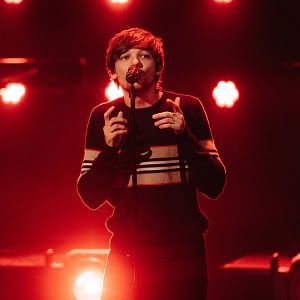 As a child and teen, Louis Tomlinson auditioned successfully for the television talent competition The X Factor in 2010. The show’s judges teamed him with four other contestants — Harry Styles, Niall Horan, Liam Payne and Zayn Malik — to make a boy band. Performing as One Direction, this group became a chart-topping pop sensation.

This new band finished the competition in third place and received a contract with Simon Cowell’s music label.

In later years, after his success with One Direction, Tomlinson returned to The X Factor as a judge and mentor. In late 2018, one of his protégés, Jamaican singer Dalton Harris, won season 15 of the show.

One Direction continued to dominate the pop music scene, releasing two more successful albums. Midnight Memories debuted in 2013 and was quickly followed by 2014’s Four, the group’s fourth consecutive studio effort to debut at No. 1.

The group went through a major shake-up in 2015, beginning with the departure of Zayn Malik in March. But One Direction finished the year with a flourish, releasing a new album, Made in the A.M., and winning Artist of the Year at the American Music Awards. The group then made one final appearance, on Dick Clark’s New Year’s Rockin’ Eve, before dispersing for an extended hiatus.

One Direction returned to the spotlight in February 2017, when its final single from Made in the A.M., “History,” was named Video of the Year at the Brit Awards. Unable to attend the event, Tomlinson posted a clip to Twitter in which he thanked the group’s fans, saying, “You continue to surprise us with just how incredible you are.”

Finally, the time had come to start working on his solo career and he kicked it off by releasing his first single in December 2016 featuring Steve Aoki, ‘Just Hold On’. Louis performed it on the X-Factor on December 10th, accompanied by Steve Aoki who’d canceled a show in Las Vegas to support him. A moment of bravery and emotion in which he showed he was one of the strongest artists of his generation.

The success of ‘Just Hold On’ (who went number 1 on the charts after the X-Factor performance), encouraged Louis to keep on trying new things and work with other artists. In July 2017, he released a new single entitled ‘Back To You’ featuring Bebe Rexha and Digital Farms Animals.

The music video filmed in Doncaster, Louis’ oh so dear hometown, showed both of the singers and some of Louis’ friends in many places around town. Another way for Louis to show everyone he knew where he belonged. Many memorable live performances of ‘Back To You’, at the Teen Choice Awards, or the iHeart Village Festival helped them climb the charts.

Finally, in December 2017, Louis performed his brand new single ‘Miss You’, on which he was the only one to sing, in front of the British Royal Family at the Royal Variety. This single marks the end of an era.

During a break from music in 2018, Louis took the time to prioritise researching his sound and the music he wants to make.

That is how he ended up surprising everyone with his new single ‘Kill My Mind’ in September 2019. The song is an indie-pop anthem inspired by the British pop-rock bands of the ’90’s Louis grew up listening to. And as a reward for their patience and support, Louis invited many fans to the recording of the music video in London.

In between performances at various festivals all around the globe, Louis kept on releasing other singles. ‘We Made It’ in October and ‘Don’t Let It Break Your Heart’ in November. Not only were the singles a preview of the upcoming album, but their music videos also told a story under the direction of Charlie Lightening. To sum it up: creativity, talent, and honesty made Louis’ new music the recipe for his success.

Finally, Louis dropped his debut album Walls on January 31st, 2020, a few days after releasing the title track. ‘Walls’, the single is Louis’ proudest song in terms of lyrics, and also one of his most remarkable music videos. Partly shot in Morocco, it tells a story that images explain better than words.

Walls, the album, not only is an achievement for Louis but also a relief. After years of writing, working on it, recording, changing his mind, there he was. With an album topping the charts and getting #1 on the Worldwide Charts and being #1 in 53 countries.

All of the songs featured on the album have their specificity. Something that will make it hard for the fans to pick a favorite. Louis seems to navigate easily through soft sounds to more pop/indie ones… And just about conquered the heart of his fans for good.

When asked to describe Walls, Louis likes to remind his loyal Louies that his lyrics are honest and that he wants them to be relatable. Overall, his sound is a mix of all of his inspirations. From his experience in a boyband to his childhood memories, his music represents who he is. That gives some soft tracks (‘Too Young’, ‘Perfect Now’), vibey ones (‘Always You’, ‘We Made It’), and pop/indie ones, as we previously said. Some other ones like ‘Habit’ and ‘Defenceless’ suit exactly what Louis’ sound is. Unique, organic, and honest.

In the meantime, Louis started his worldwide tour in Spain with two shows in Barcelona and Madrid. He will resume it from February with the first stop in Milan. The tour is sold out in Europe and many other cities, such as New-York (night 1). And as he said it, he can’t wait to go back on stage, almost as much as we do.

To book Louis Tomlinson for your event, click the button below to get in touch.