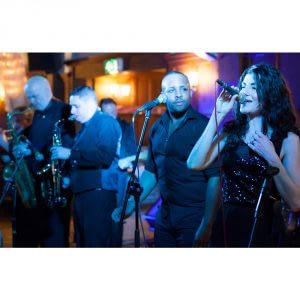 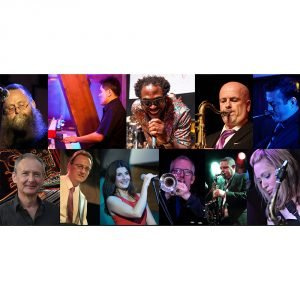 The Dynamics have over 30 years’ experience in supplying reliability and top class performance to suit your Event. The band has been filling dance floors since 1989 (Yes, that’s right!) and has become established in the events entertainment industry as one of the premier Classic Funk, Motown & Soul acts in the country.

“Played a great gig with The Dynamics last weekend. Nice camaraderie between the guys and a good vibe” said Pee Wee!

Hollie Farris, James Brown’s trumpeter/bandleader from the 80’s said about The Dynamics: “When I started listening to the tracks, I thought it was a recording of us 20 years ago! You guys really nailed it. Good, tight band”.

The players in this band focus on performing as The Dynamics but as proof of their outstanding talent , they have worked with, amongst others, Sir Elton John, Sir Cliff Richard, Joan Armatrading, Mica Paris, Nelly Furtado, Joss Stone, Tears For Fears, Heather Small (M People) and Macy Gray!

Hired throughout the UK and internationally for Weddings, Corporate Events, Parties, Award Ceremonies and Charity Balls our list of clients include the BBC (Sports Personality of the Year after-show party), Blenheim Palace, Sir Richard Branson, The Dorchester Hotel W1, The Design Museum and The Hurlingham Club SW6 to name but a few!

Having performed at literally 1000’s of successful events, The Dynamics are polished and totally professional. We can supply a complete event entertainment package including up to 3 hours of live music, high quality P.A. and lighting systems with engineers, Jazz Trio’s for your reception, background music and professional D.J’s.