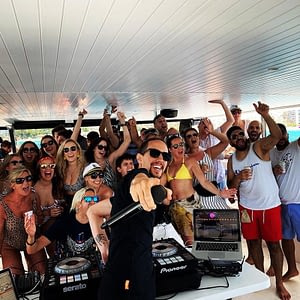 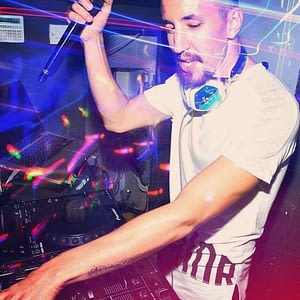 Originally from the South Coast of England, International Fuller started DJing at a young age and was raised in a very musical household. He has always been surrounded by a vibrant musical culture which has given him the opportunity to study all aspects of music.

After graduating from Brighton Institute of Modern Music with a degree in Music Technology and a BTEC in Modern Commercial Music, he took his musical knowledge and invested it into perfecting the art of DJing with the goal of becoming the musician’s DJ. Having performed in some of the most reputable clubs around the United Kingdom he then went on to perform in a number of the finest clubs of Spain, Portugal, Italy and France.

Fuller has a very unique style of DJing and entertaining an audience, taking them on a seamless journey with peaks and breaks within his mixes, completely energising the dance floor. His energetic performance can cater for any crowd, from club nights to weddings and everything in between. His music captivates any audience and adds value to your unique event.

His passion and hunger for the music industry is reflected in his high energy DJ sets and forward thinking productions. This has culminated in Fuller becoming a recognised and highly respected DJ.
These explosive performances have given Fuller opportunities to showcase his talent and love of music all over the world.