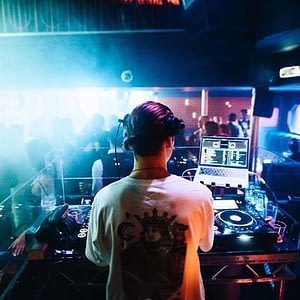 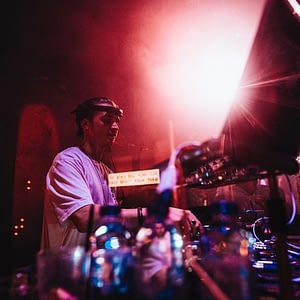 Ollie is quickly becoming recognised as one of the UK’s most exciting prospects in House Music. He began DJing as a teenager before moving to London from Plymouth where he expanded his knowledge of the music and the audience.

Notorious for their ability to transport you out of your present state and into a different universe – Ollie’s live sets are otherworldly. Through a potent concoction of Deep House, Afro House and Minimal, Ollie will have you transcending reality and having the best night of your life. Over the past 4 years, these sets have been taking place throughout London’s underground venues such as The Steel Yard, 93 Feet East and XOYO.

Playing alongside DJ’s such as Steve Lawler, Art Department, Kate Simko and Anja Schneider, Ollie has established himself as one of London’s top DJs.

2020 has seen Ollie exploring the sounds of his own story, turning his attention to producing and seeing his debut EP, “One Of Those Grooves” picked up by Miami’s Catatonic Records. Subsequently, Ollie released the single “When You Hear That” which was picked up by the prestigious Union Records of Milan.

Showcasing his meticulous attention to detail and an intimidating understanding of rhythm, the releases are a statement of intent, a representation of Ollie’s sound at it’s most elementary – Minimal on the peripheral with the tribal energy of Afro House running through it’s veins.

Ollie’s appreciation for Old School House is also apparent on “One Of Those Grooves” EP, a 16-minute ode to the founding fathers of House in Chicago. These releases have done enough to garner attention from BBC Introducing in the South West who made “One Of Those Grooves” their track of the week; as well as, support from Introducing on BBC Radio Berkshire and Watford based Vibe 107.6FM.

Now at the stage where he is in complete control of his sound and his expression, Ollie seems to have hit a creative high and doesn’t look to be slowing down.