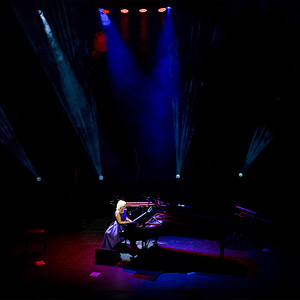 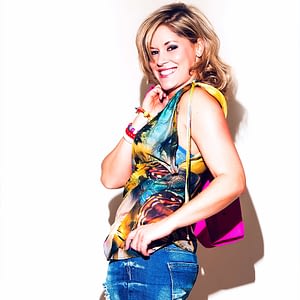 Our sassy Johannesburg singer-songwriter, Lisa, is a bundle of fiercedom.

Rubbed shoulders with the greats whilst touring London, Ibiza, Dubai and Asia, her performances have led to sharing stages with Ed Sheeran, Jessie J, plus supporting Scouting For Girls and Barbara Tucker. That’s Lisa for you.

Her passion for songwriting started in London, with her debut album “HerStory” leading her to work with Vivienne Westwood, who sponsored her wardrobe and playing originals at GuilFest 2008.

Most of Goldin’s career has been outside her home country, until 2013. In South Africa, Goldin released singles “My Fire”, “Really Doesn’t Matter”, “Who Are You, Again?” Album and ”Remix 4 Goldin” EP airing nationally on radio and TV. Hit song “My Fire” was listed as 2nd most played song on No.1 radio station, Hot919FM 2016-2017.

The second album has a unique twist being launched with a book and off the back of that Goldin published “40 Ways To Tame Musicians” in 2017. The #WhoAreYouAgain Project is about what it takes to be a successful artist and for anyone hungry enough to understand how to sustain a long career in the music industry.

2016 was a path back to Asia where Goldin spent time performing in China, South Korea and the UAE. Since 2019, Goldin works and resides in the UAE, traveling back and forth to South Africa for songwriting ventures and shows. Shortly after her return to Dubai, 2019 saw Goldin nominated as a top ten finalist for Yasalam’s UAE Emerging Talent Competition.

We’ve been waiting for four years for her next album, “Something I Used To Wear”…TA-DAH! The first single from Album No.3, is called “Hope” with her African heartbeat pounding proudly from the start. Following that is boy-girl crush titled “Three Days”…and well, you should really go and listen to them…! Both songs are well circulated on radio in the UK, UAE and South Africa. The song “Hope” was affiliated with South Africa’s flag embedded on Burj Khalifa for Freedom Day 27 April 2020 with partner SABCO and “Three Days” debuted on BBC Introducing in May 2020. The album will be released later this year. 12 of Goldin’s songs now play on radio nationally in South Africa.