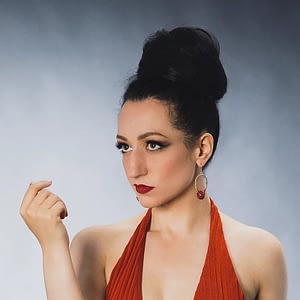 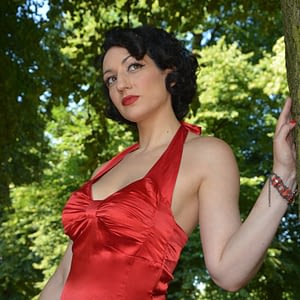 Born and raised in France with multicultural roots, she relocated to the UK ten years ago and has since established herself internationally as a performer in venues such as The Royal Albert Hall, Wembley Stadium, The Carlton in Cannes, in the Middle East or at the Edinburgh festival.

“Moving to the UK allowed me to be myself in so many ways! It’s the best creative decision I’ve ever made.”

Her debut album ‘Because I’m French’ was a Grammy award contender for the 2020 ceremony, and her song ‘Comme des Vieux’ was featured in Kylie Jenner’s series ‘Life of Kylie’ on E!, allowing her to make an impact in the US market.

In 2018 and 2019, she was a TV judge on the BBC 1 show ‘All together now’ alongside spice girl Geri Halliwell and host Rob Beckett.

Wedding Singer Near Me

She has also appeared on French national TV in the new program ‘French in the city’ (M6), hosted by ex footballer David Ginola. Wanting to move and inspire with her music, she is a strong advocate for empowering women to work hard and follow their dreams, but she is also passionate about reducing the stigma around mental health in today’s society. Oriana has also supported and collaborated with charities such as Barnardo’s, BBC Children in need and Kawasaki Funds.

Mostly known as a jazz, French chanson and cabaret performer, Oriana is currently working on her new EP that will be released in 2021, which will explore new electronic sounds and definitely lead her towards new musical adventures. She signed the song ‘T’en va pas’ (part of the S-project) with the leading Spanish dance label ‘Blanco y Negro’.